The Idea That Changed Retail History

THE ORIGIN OF UNKNOWN HISTORY REVEALED

AnJolena North, Founder of first more for less Multi-Simplicity Concept that has evolved, inspiring many of your house hold and personal multi use products… creative with fashion design and setting trends...1975, she was in her early twenties she experienced near death due to an accidental clinic overdose of Penicillin that caused Anaphylaxis shock; resulting in health issues she suffered that were not total permanent damages: but never the less causing her heart to temporally stop, blindness, and memory loss that still haven’t fully recovered from, inability to speak, or walk; BUT GOD'S GRACE MARACULOUSLY restored her better than ever before in a way she would not have dreamed possible; allowing her creative side to unfold and expand her imagination, and during her recovery gave birth to the more for less MULTI-SIMPLICITY CONCEPT fashion design while watching her two and a half year old little girl play dress up with her dolls; and before 1976 there was no such thing as multiple use or multiple wares products of any kind in the market place. It was an original Multi-Simplicity Fashion Concept that I called MULTI Dress outfit having 13 plus multiple fashion styles or ways it could be worn. It was a penny pinchers user friendly niche, cutting edge, a more for your money concept idea. Later in good Faith I shared the patent pending Multi-Simplicity Fashion' design concept with a Major Retail Chain; and as a result the Company used and launched a modified version of the MULTI-SIMPLICITY Fashion concept into the market place and it was reported by Media NEWS that the Department Chain Store generate Historical annual revenue sales of over $150,000,000 million dollars, and the NEWS Media also reported it was the first time ever for the Company to experienced revenue sales History.

Please fill out the form below so that I can add you to my email distribution list.

I thank you in advance for your interest! 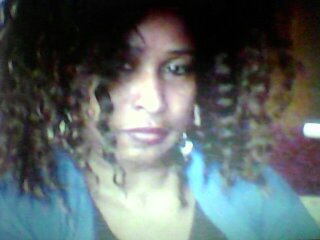 Social Media Links<br> For Media inquiries, please contact me using the form below. You can also visit my social media pages at the links below